As announced a few blog posts before, it's time to have a contest !! I must admit, and am a little ashamed to admit, that this is only my first contest after almost 2 years of running this blog. That's why this is going to be a good one !!

For one, I would like to thank everyone for their support in the last 2 years, it has been a great ride and I am very thankful for all the people that were willing to trade with me and/or let me participate in the box breaks, despite the additional postage involved in such trades. I am really thankful for this !!

I am looking forward to many more great years of collecting & trading as the blogosphere makes collecting baseball cards so much more fun !!!

So to say "thanks" let's have a contest full of prices !! It will be a simple one with a bit of competition as that makes it more fun. I have 7 prizes, yes you read that right, 7 !! The rules of the games are simple. The one with the most points scored gets to pick first card, the one with the 2nd highest amount of points gets to pick 2nd. From cards 3 to 6, the randomizer will decide, i.e. 1 entry per point (excluding the people who already got prize number 1 or 2 of course) and the number 1 from the randomizer will get to pick 3rd, the number 2 4th etc (did I confuse everyone enough already ???). We go down to 6 cards and the card that is left will be randomized among the people that did not get their hands on a prize yet in this contest (here it will be one man one entry). So plenty of chance to win a cool card if you ask me !!

So how can you score points ? Glad you asked !

1. Leave a comment on this post to indicate you are participating and you already score 1 point !
2. Include me in your blog roll and indicate you have done so in your comment and you score another point !
3. Promote this contest on your blog for an additional 3 points, yes 3 points !! Also let me know in a comment to this post that you did so ! If I am not already following you in my blog roll I will add you right away as well !!

4. Oke, now some competition comes in !! Leave comments on my blog on any post from the last 2 years and score 1 point for every 3 comments you leave. I admit, not entirely original as other blogs have done this as well (most notably Brian at Play at the Plate!) but I rather "borrow" a good idea than to came up with a poor one myself ! Make sure the comments are (at least a bit) relevant to the post you are commenting on !

That's it. I will let the contest run for a week or so and will announce 1 day in advance when I am closing it.

So, it should be fun but is it worth it ? Well, you be the judge of that, here are the prizes ! 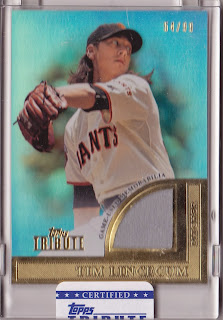 Second card is a 2003 Fleer Flair Chipper Jones Relic card !! On its way to the HoF ! 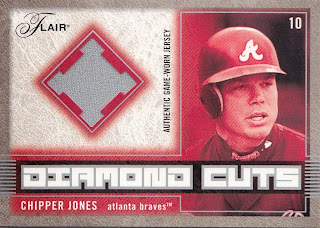 The third one is an autographed card from this 2013 Bowman Inception of Slade Heathcott, a prospect Yankees Outfielder. Yes, I collect Yankees cards but I picked up two by accident so this is your chance to own one as well ! 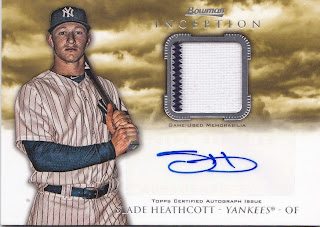 Oke, let's throw in a printing plate, meet Dirk Nowitzki, former player of the Dallas Mavericks. Yes, it's basketball but someone might like this one !! I wouldn't be able to tell you from which set this one comes from I am afraid. 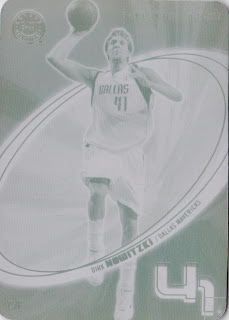 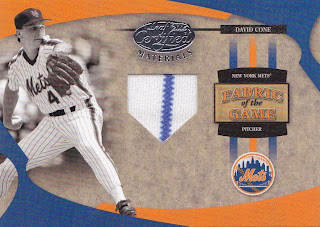 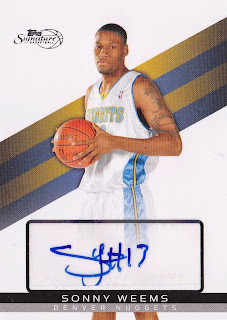 Oke, you all ready for the last card ?!?! Meet future HoF, first ballot I am sure, Clayton Kershaw from the 2007 Bowman Sterling set, numbered to 199. 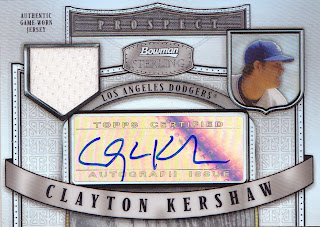