It's been a while since my last post, real life is incredibly busy and keeping me away from posting much. However, when a nice COMC package arrived with a unique card I did want to share it with you all !

I noticed this card on eBay. Apparently, the 2014 Topps Museum Collection had a set that included handprints. Of course, if this set includes a Glavine the chase is on !

After a round-trip through COMC here's my first Handprint card, in full A4 size !! 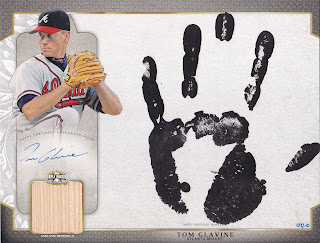 As you can see, they threw in an auto and a bat-relic as well to finish the job (although not from any specific game, event or season of course :-) !

Thanks and hope you all are doing well.

IT's that time of year again !! Once every few months I have COMC deliver all my eBay loot to me as I use them as my US mailbox. At least for now as they have graudally increased the price per card from $0.50 to $2 or more per card I noticed recently. Anyways, here's a few cards from the package !

First up, a Topps Luminaries Glavine card. Topps did a good job creating this set ! 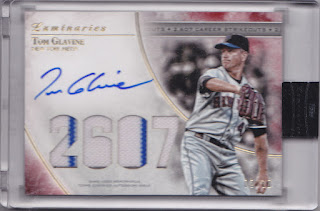 Next up, 2 Topps Archives cards, Glavines of course. I have mixed feelings about this set. I liked it a few years ago but now it feels like a simply money making machine with little new or special coming out of it... 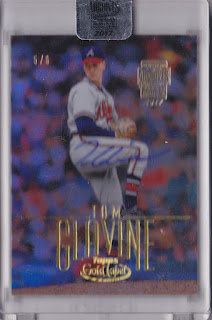 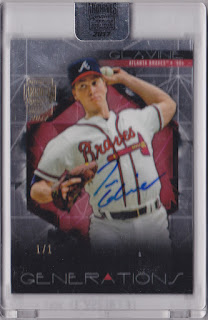 Next up, a new addition to my Blyleven collection !! 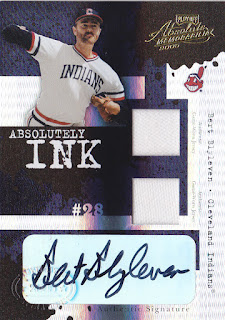 Lastly, 2 more Glavine cards, a very cool A&G signed mini, for me still the best set from Topps each year. Also another printing plate for me Glavine collection !! 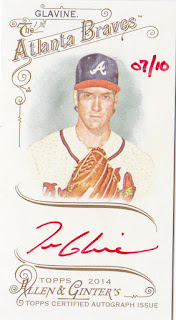 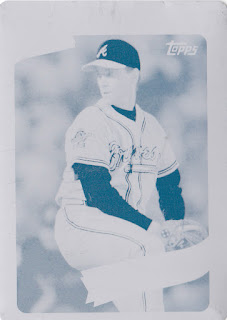 All in all a nice bunch of cards for my ever growing Glavine collection !

Thanks for visiting my blog, hope you all are doing well !!

Collecting has been slow, very slow with only a bit of focus on eBay in recent months. Therefore, I was happily suprised when Sam at TheDailyDimwit contacted my asking for my address. Apparently, he still had some cards from 1 or 2 years ago that had my earmark on it !! Of course I quickly provided him with my new address after my recent move and last week a yellow envelop arrived !! Sam has been one of my first trading partners when I started collecting and if I remember correctly he was the first one that let a unknown European guy into his "box breaks". I am still very thankful for that as it lead to more people that were happy to deal with me !

Anyways, I know you all want to know what was in the package ! Well here's what was in it !

First up,a cool Glavine UD Masterpiece card. I love the Masterpiece set and any package was a Glavine card is already an awesome package !! 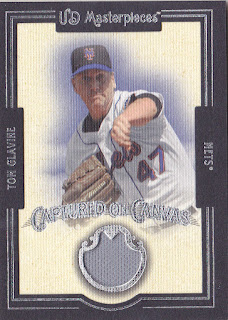 Next-up, a nice Triple Threads Jeter card, just from before his retirement. 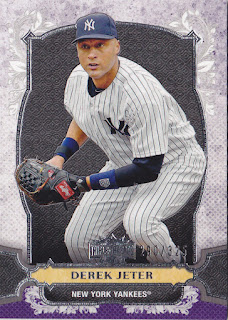 The last card was the card it was all about, meet CC Sabathia. 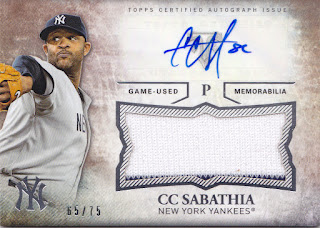 I can't recall if I won this card, if I bought it and had it delivered to Sam or if I made a deal with Sam for this one. So Sam, in case I still owe you something for this card do let me know as my memory is letting me down on this one !!